I am in Örebro now, I got here about 3 days ago. At first when me and Natta arrived we didn't do anything so much. Yesterday we walked around here in the city and it is so beatiful here, love this place. We drank wine and we got pretty drunk at first but then when we went back to her boyfriends house thats when the things started to get real bad..


I got so drunk but not in a good way as I usually get, I got the worst drunk ever!
Got so mad and started to scream and get angry. I wanted to jump out of the window many times also.. I went to the toilet and cried my eyes out and I don't know what really happend to me. I got so depressed and upset, feel so guilty over my actions.. My mood got overtaking over the people around me and I feel so sad about it right now when I think about it.

It feels like everything is going wrong, wrong and wrong all the time..

Today I just wanted to take it easy after everything that happend the night before. Me, Natta and went to the pizzeria and bought some food. It tasted soo good. After we ate our food we watched American Beta House, love this movie <3 : 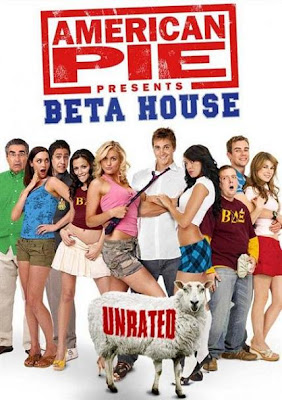 Today when I was sitting at the computer I saw this most beatiful model, her name is Felice Fawn, I could actually cut off my left arm just to look like her: 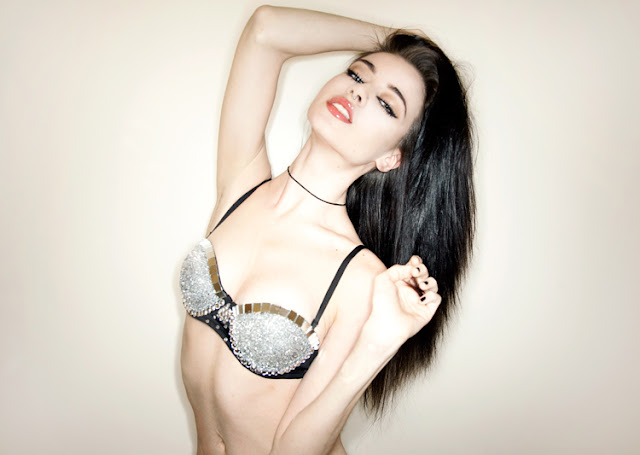 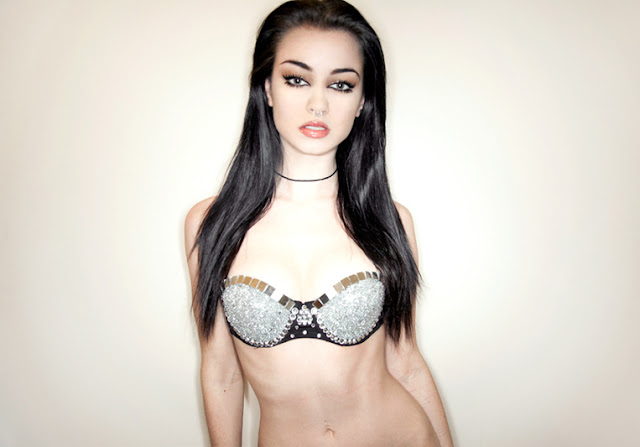 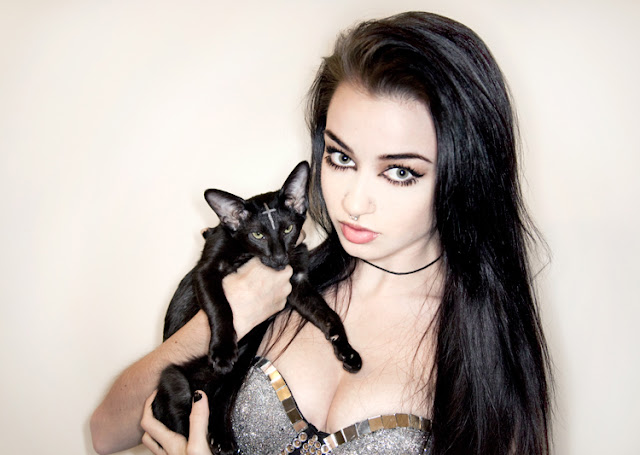 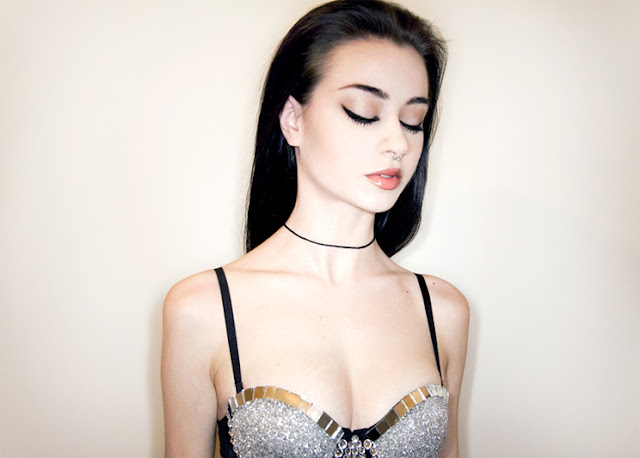 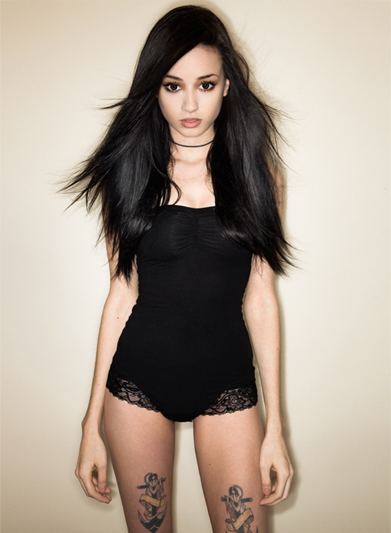 Thats what I call perfection! <3

Btw, I also got angelbites now, wei <3 (pictures will come up soon)

Today I am going to Skärholmen with my bestfriend Natta. I am going to buy a corset, I truly hope that my corset is still there. I really really want to have it. It is so beautiful, it is black and white with the most sexy design ever!

Under the autumnbreak (höstlov?) we are going to Örebro again.  It is going to be soo awesome, we are going to have a halloween party then, lots of picture will come up on the blog soon! ;)
Anyways, I got the stay ups, but I need to buy hair conditioner for brown hair and need a bottom part to finish my outfit.. Well, we will see what is is going to happend. I am going to put up some pictures on my corset on the blog, and I will use it to the Halloween. It will be so much fun, I AM SUPER EXCITED!!

After we have been in Skärholmen we are going to my place, we are going to have a sleep over. Girls night you know? ;)
Will fix my nails, have facial mask and just talk and plan some stuff (yey).

One thing that I am really uspet about is my make up bag.. I am so sad over it because it is GONE!
I have been looking everywhere for it, even at my uncles house, it isn't there.
I GOT ALL MY MAKE UP THERE AND EVERYTHING IS GONE SO I DON'T HAVE ANY MAKE UP!! :'(

Btw, under these weeks I bought a new top, I love it, it looks like this: 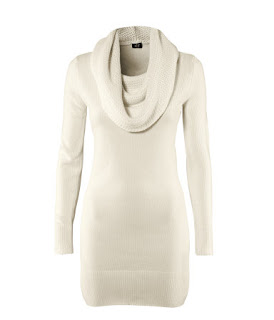 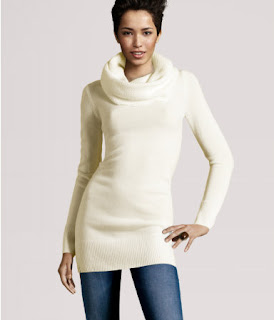 This will be hard to write. On these last weeks I didn't wanna write about stuff that was going on.. In a earlier post in my blog I wrote that my father was very sick and he was at the hostpital after a heartattack. He has been very sick but when a day passed by the worse he got. He had a lot of tough diseases when they examined him.. At last he didnt make it, so he past away about two weeks ago..
It  has been very hard and it still is. I take one day at the time. I took a break for a week from school so I have soo much stuff to do right now. Trying to be as positive as I can but the thoughts haunts me sometimes and I get really upset. Me and my Father was very close to each other.
When I came back to school people was so wonderful to me and I love all of my friends. I got so much support from people and they really inspires me to be strong and see everything in life more positive.

Thank you so much everyone of you !<3

I am going to update you guys with stuff that you have missed out, I will tell the funny things now!
About two weeks ago (one day before I found out that my father passed away..) I was in Örebro. I love that city, it is so beautiful. I was going to be there just for the weekend. It was a lot of fun. Me and my best friend Natta went there together, we took the bus from Stockholm Bussterminal and the trip took 2 and halv hour.
It went very fast because we had so much fun on the bus and we fixed us on the bus because we didn't have any time to fix us earlier. It was so crazy, we stressed out so much so we were doing our hair and make up on the bus and people got so irritated on us!


We were like "whatever", lol. Anyways we arrived to Örebro so Natta's boyfriend Jesper and his friends picked us up. Me and Natta went with our travel bags and not only that, we had shoulder bags also filled with our stuff!

It was a bit akward at first but then we had so much fun. We had a small party and we were soo drunk, haha!
The next day I was feeling so sick, gah.. My sister came to Örebro with her friend and they picked me up because I had to go home after my father died (great way to be awaken and having a hungover, lol).

Here is one picture from Örebro: 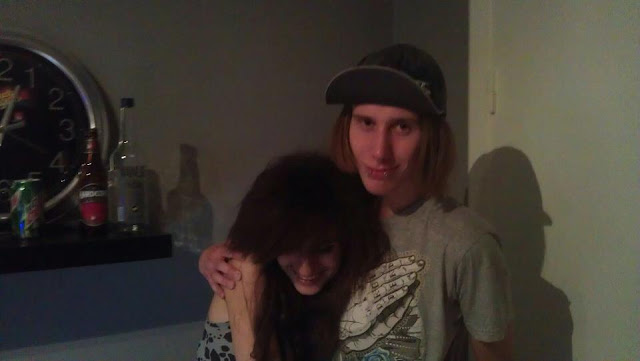 One thing that I really love about Örebro is Statsslottet:

It was a lnog time ago that I updated my blog and I said that earlier that I will be very busy this week with homework and shool stuff.. But something horrible happend at saturday.. :(

I never went to the party because the same day when I was fixing myself for it my dad got suddenly a heartattack.. So he is in hostpital right now and he is very sick so I havent have time to either study, do the photo session or even being in school.. I have been at home monday and tuesday this week because I was to upset to go to school. Me and my big brother went to the hostpital on sunday but it was so hard to see him lay there all sick with all the machines around him. :(

He is still in hostpital, trying to get better and I hope that he gets healthy again. <3

Anyways, I have made a new header, was so bored so I thought that I would do it just for the loose! :D