Finding Some Sort Of Comfort When I Am Cold..

Right now I am laying down in my bed with a swollen face and running nose and feeling ill at the same time as I feel sorry for myself.. It appears that I've got the cold. It sucks, I fucking hate it so much! ;@

I had actually plans for this weekend. I was planning on having a photoshoot and fetching out my black lenses as well that has arrived all the way from Malaysia.. I am also applying for a job, so I need to send på resumé and book an appointment for an interview by next week. Hopefully the cold will be gone ! :o

Anyways, I saw that they have free shipping and 40%  discount on your entire order at ELF. But you need a promotion code for that, the free shipping is on the website but the 40% promotion code is on ELF's swedish facebook page. It is valid until tomorrow. So hurry if you want that! ;)
Everything was suppose to be £29.25 but with the code and free shipping I got it for £17.55 which is 188 kronor.

I have realized something. I have an serious issue, I've got a big shopping addiction. I got bills to pay and yet I still order shitloads with makeup while I still got plenty of it and don't even use most of it and it is everywhere and yet, I still order more makeup like it is the end of the world.. I really need to do something about it because that is not ok!

I have so much makeup now that I don't even know if I want to make a review of every single item that I own. It is really exhausting just thinking about it.. I should make a new rule for myself, don't buy any more makeup until I have reviewed all of my products. That is a good rule, huh? ;)

But it was fun at the moment.. hehehehe.

Here is the stuff that I've ordered -

That was the stuff that I've ordered, so now I am waiting in anticipation! :D
Upplagd av Jawa kl. 6:57 PM No comments: and finally and awesome picture of both of these hotties. <3 This Is How I Feel Most Of My Time. Wise Words.

Omg, I have had so much going on lately and been very occupied with stuff that I had to deal with so I really haven't had the time to blog at all, didn't even have the time of thinking about the blog.. Sorry! :(

Anyways, all the stuff I ordered have I fetched out so I got them. I will do a review on each product, so far, so good. I fell in love with the Kat Von D lock-it tattoo foundation. It is amazing and the color was perfect!
I am wearing it on my pictures with the mac prep+prime highlighter and to set it in I used the makeup Forever HD translucent setting powder.

On the lips I am wearing my Kate Moss lisptick by Rimmel in nr.01 which is the deepest red and under the lipstick I used rimmels lipliner in the shade diva (I think, something with the name diva and it is a red lipliner).

Here is some ego pics that I've took - 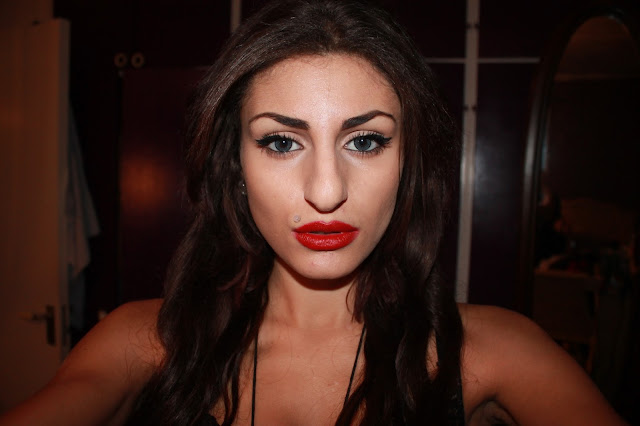 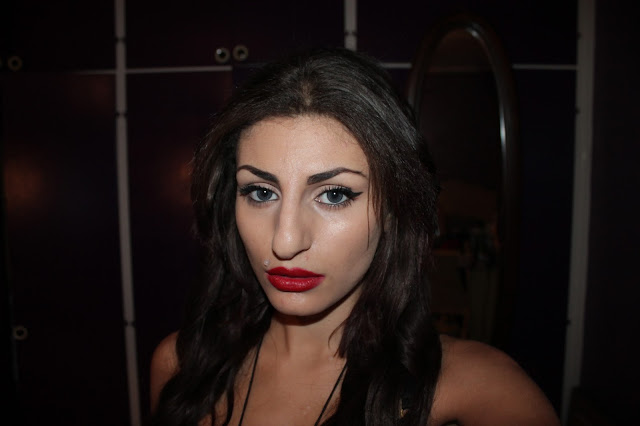 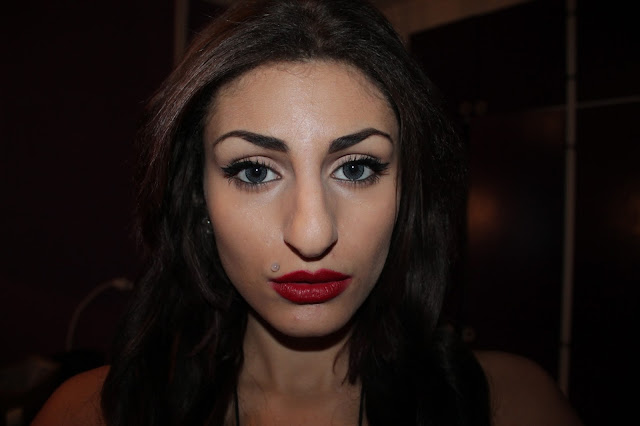 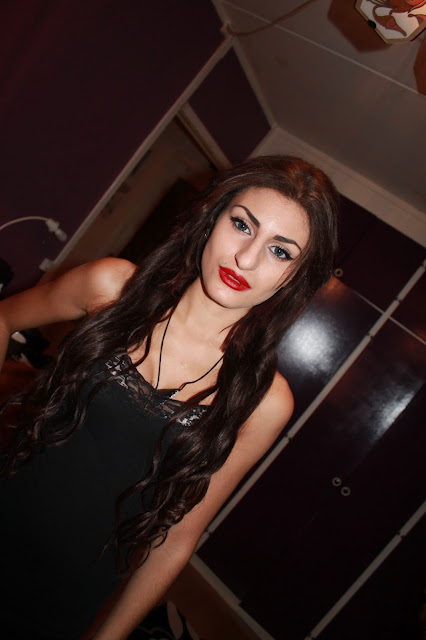 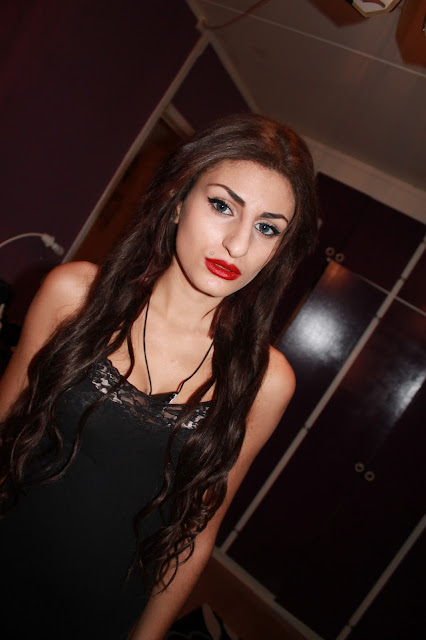 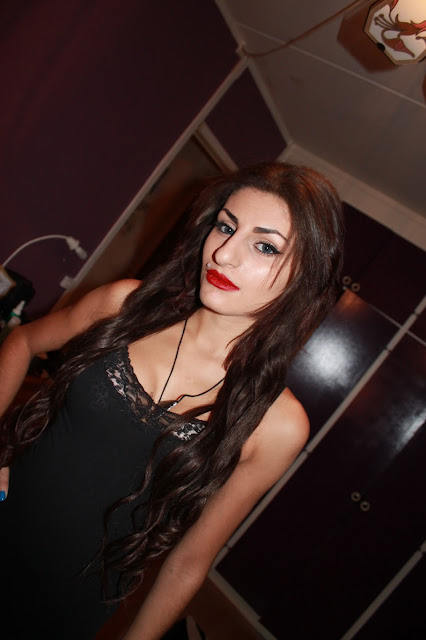 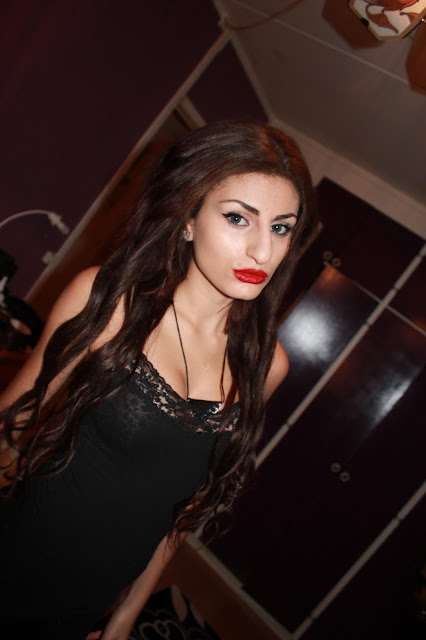 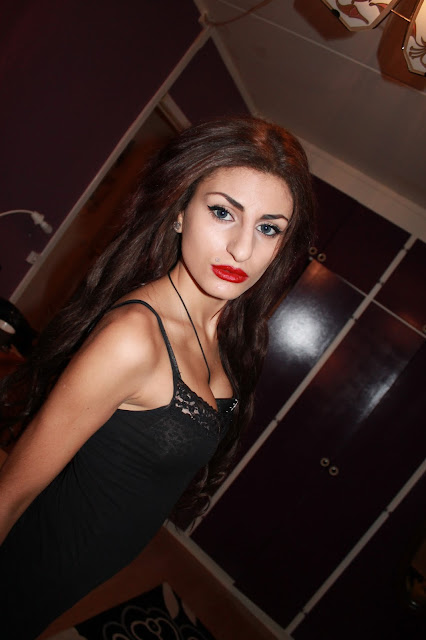 I am never using this kind of makeup, but with my new eyecontacts the geo nudy blue circle lenses, I got inspired a bit with the 50's look. The bold eyeliner, rich red lips and curly hair. You can never go wrong with that look, it always looks good, simple and classy! ;)

My Other "invinsible" Blog. More Mature Stuff There.

Right now it is middle of the night, I was super bored and I tried to figure out how to change the freaking background on Tumblr. I randomly pressed loads of buttons/stuff when I customized it and finally (and very randomly) I managed to change the background, yey! :)

I just wanted a simple background, my Tumblr is very neat and simple. It is a more.. A darker place of me, haha.
Instead of words it is just pictures pretty much that I collect and sometimes use it as blog material. This is my main website/blog. My Tumblr is more lika a sister blog to this one. You can follow me there, if you have Tumblr, please check it out. I think you might actually like it, maybe even more than my website? ;)

Hehe. No, but for realz, go and check it out. BTW, there is much more mature/adult stuff there than what you see here.. Much, much more, lol. But nothing nasty like that, mostly just sexy. IT IS MIXED UP.. A little bit of everything. ;) 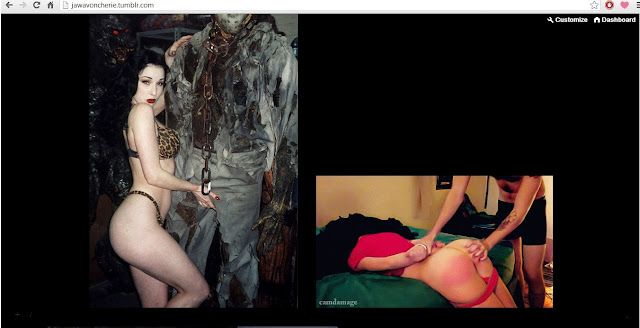 If I get more followers on Tumblr I think I will start to blog there to. It is up to y'all :* I don't know why, I just really like these pictures. They are so beautiful, in an artistic way. I feel friendship, love and freedom when I see these. Wonderful and exceptional pictures. Love it. <3
Upplagd av Jawa kl. 12:17 AM No comments:

Email ThisBlogThis!Share to TwitterShare to FacebookShare to Pinterest
Etiketter: art

Placed Some Orders. Waiting To Recieve Some Good Stuff. ;)

I don't have really much to update about except that I got some stuff that I ordered online that I am wating for. Mostly stuff from my wishlist, hihi. <3

I am thinking about doing some reviews on them, atleast the lip plumper. I hope it works, it was so cheap, only 3,5£ which is nothing. Read some stuff about this product and for some it works and for others its crap. But hey, it was only 3,5£ so I don't lose so much on it if it doesn't work, will probably give it away if it doesn't work on me. I just want a little bit more plump, nothing that special. I am pleased with my lips but somedays when you want to look extra sexy and plump those lips up without it looking all weird with the lip liners and stuff, this can come in handy. ;)

I am still waiting for my Kat Von D foundation. I ordered it online last week, so it should be here during this week. I found a website that sells the foundation and is located in the U.K and ships to countries in Europe. I will do a review on the foundation and even put the link where you can buy it. I saw that Sephora doens't ship to Europe and the French Sephora website doesn't sell the Kat Von D products even though they ship internationally. So I had to pick it from another website and I ordered it and it is on it's way. :D

I also ordered a couple of other stuff from Yves Rocher. I need to fetch it out, but I will do that during the week when I get all my other orders. I don't want to run around back and forward to get the stuff, so I just fetch them all out at the same time. Yes I am that lazy, lol. ;)

The things that I've ordered -


Yay, it will be like Christmas all over again, except all the present are from me to myself!! <3
Upplagd av Jawa kl. 8:40 PM No comments: