It was a VERY long time since I did a wishlist so I thought that I was going to do one right now since I want so many things atm I might as well write them down so even I can remember them, lol.

These are the stuff I want to do/have. But the first 3 pictures are the things that I want the most and will probably get first. <3

Here are 3 gif pictures that I forgot to upload, you can follow me on gifyo HERE

BTW, SEE ME SWATCH ALL OF MY 41 LIPSTICKS HERE.
IT IS TONS OF PICTURES ON THE ACTUAL LIPSTICKS AND ON ME. <3
Upplagd av Jawa kl. 9:55 PM No comments:

Sorry for not updating but I have seriously been soo busy. I went to job interviews, had my sisters wedding (I fixed her makeup and fixed also a photographer for the wedding) 4 days later I had my birthday and I had to plan it to the weekend since my birthday was on a Tuesday I had to have the party on a Saturday (the party took place 2 days ago). In between those days I had my nails done and my eyelashes and that takes time to do as well. So you can see I have been very busy, I've had so many things to do and I still have a lot of things to get done. I am happy this rollercoaster ride is finally over because it has been really stressful for me.

The first job interview went well but I had to go on a second interview and it went to hell. Still in a hunt for a job, it is really hard to find one these days. I think I will move away from Stockholm for a while and start working, I am not going to write it out here where I am going away but it will be to one of my relatives, probably will be staying there for 6 months and just work and make money. I really need the money so I have no choice, it will sure as hell get boring without my friends and there is nothing to do there where I am going so yeah... Guess it has to do with growing up, nothing is perfect and I can't get everything I want here in live obviously, so I just have to do what is necessary at the moment.

First off, let's start with the wedding. It was really beautiful, I cried during the cermony, it was so emotional and lovely to see my sister so happy and finally found true happiness in her life and someone who she wants to share it with. I don't have any pictures of the wedding, my sister have them and I have been nagging on her to send me some pictures but she hasn't done it yet so sorry but it will be bad quality pictures for you all and you have to live with it for now. More pictures and better ones will be coming up soon. 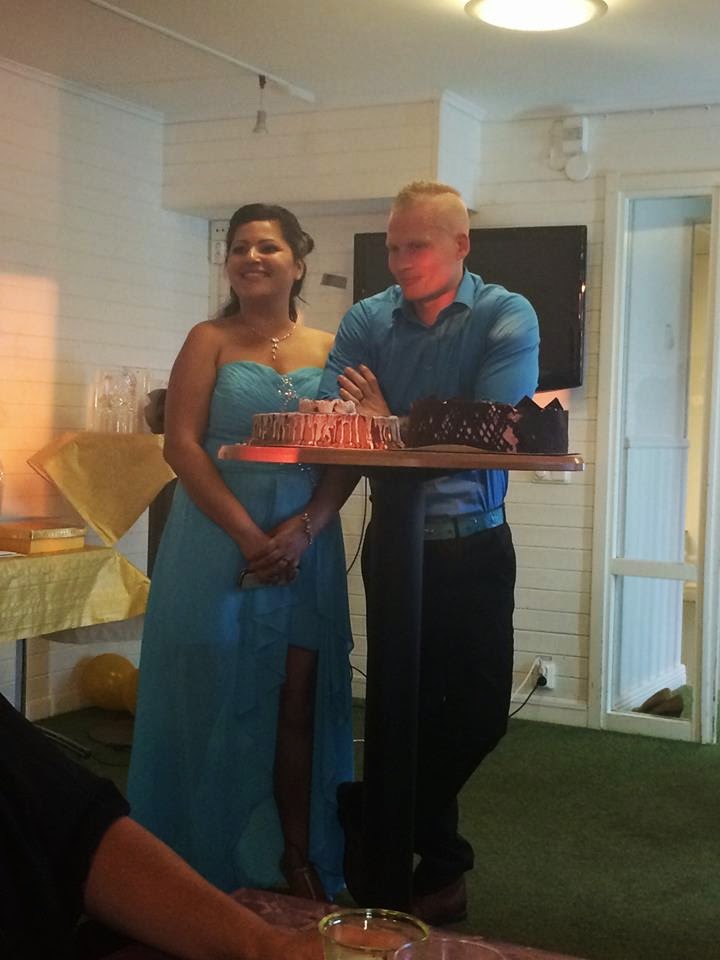 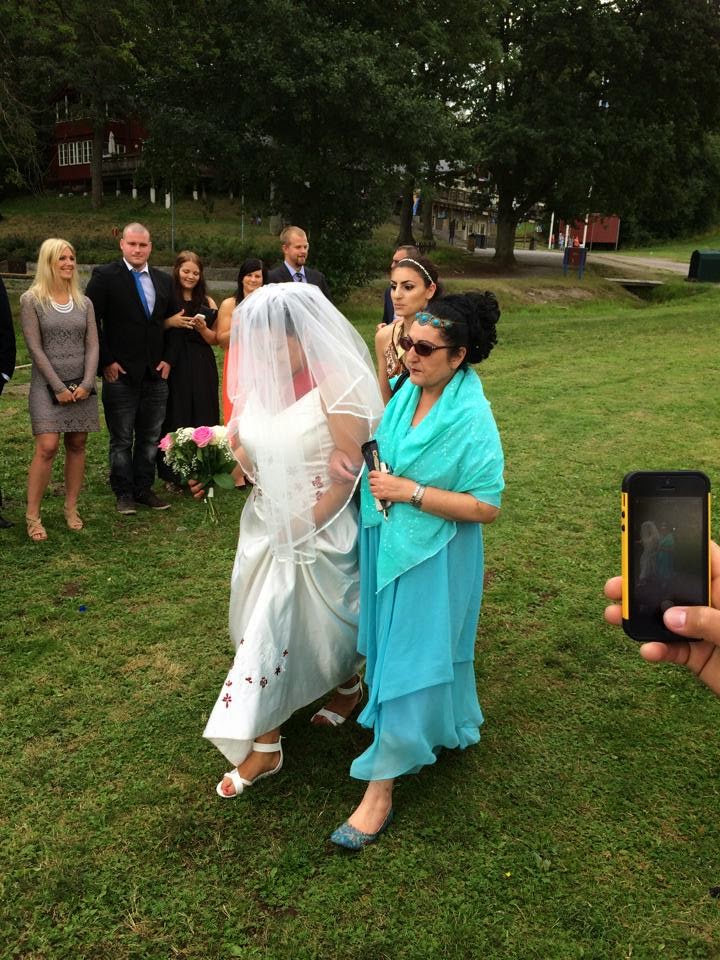 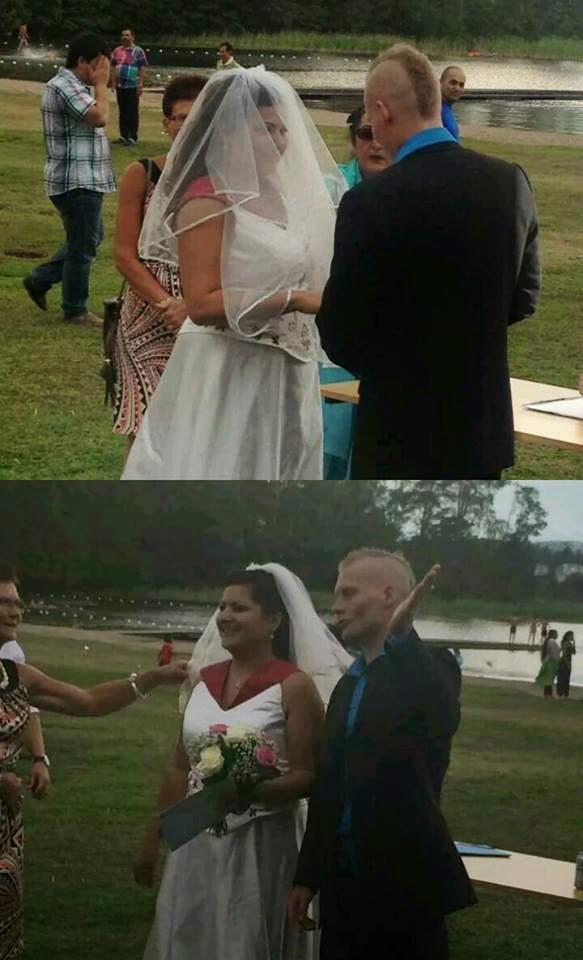 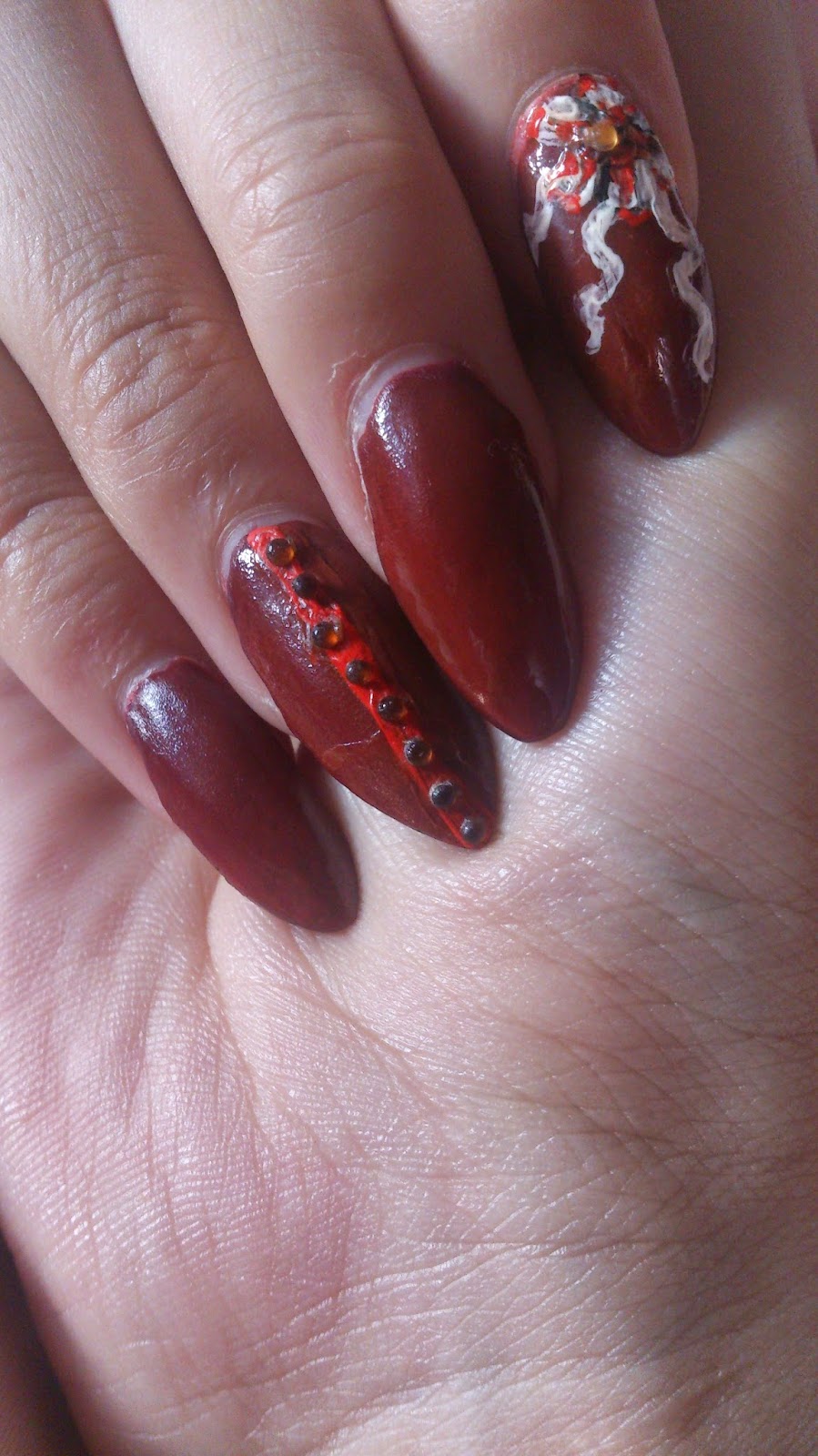 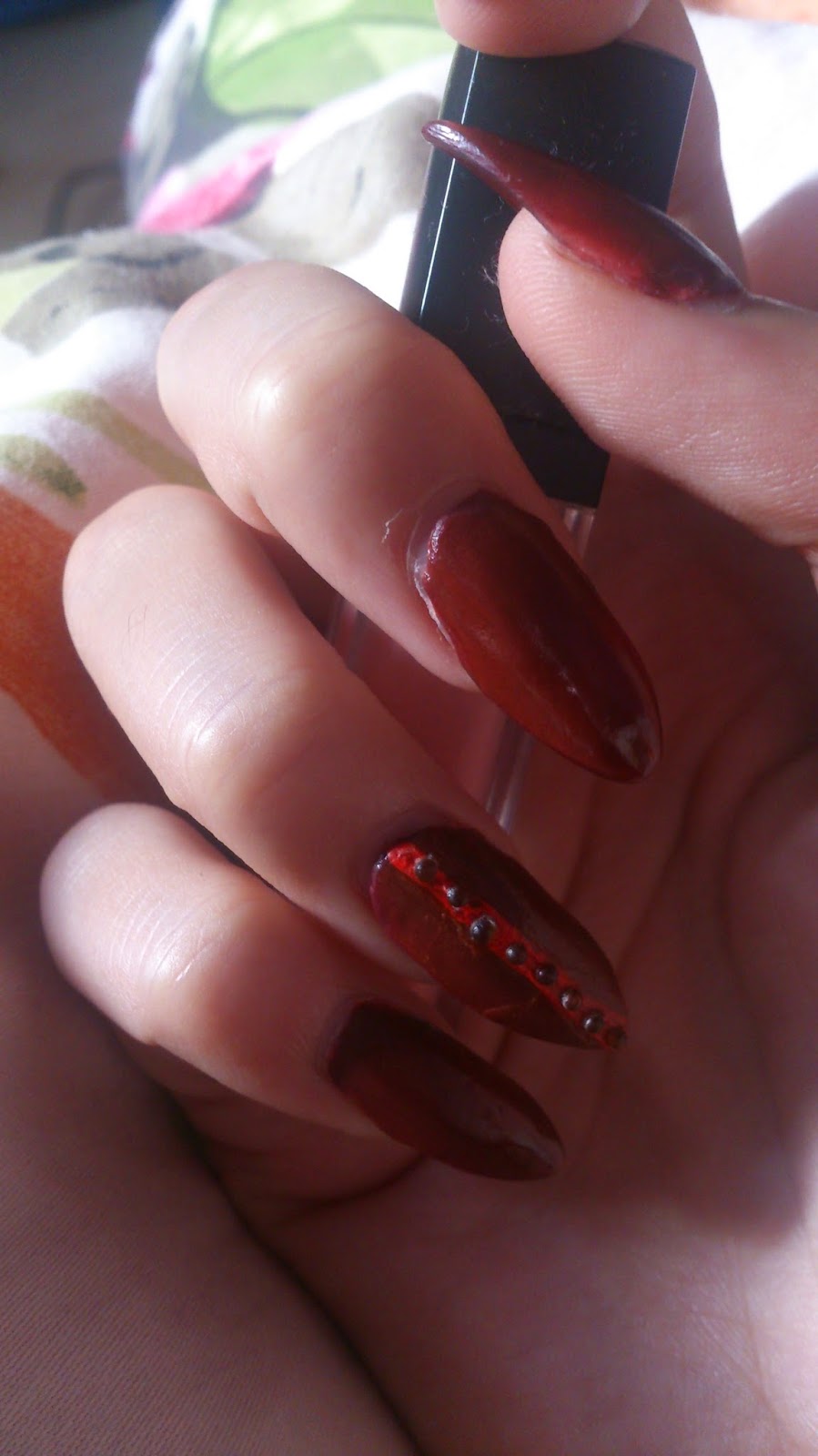 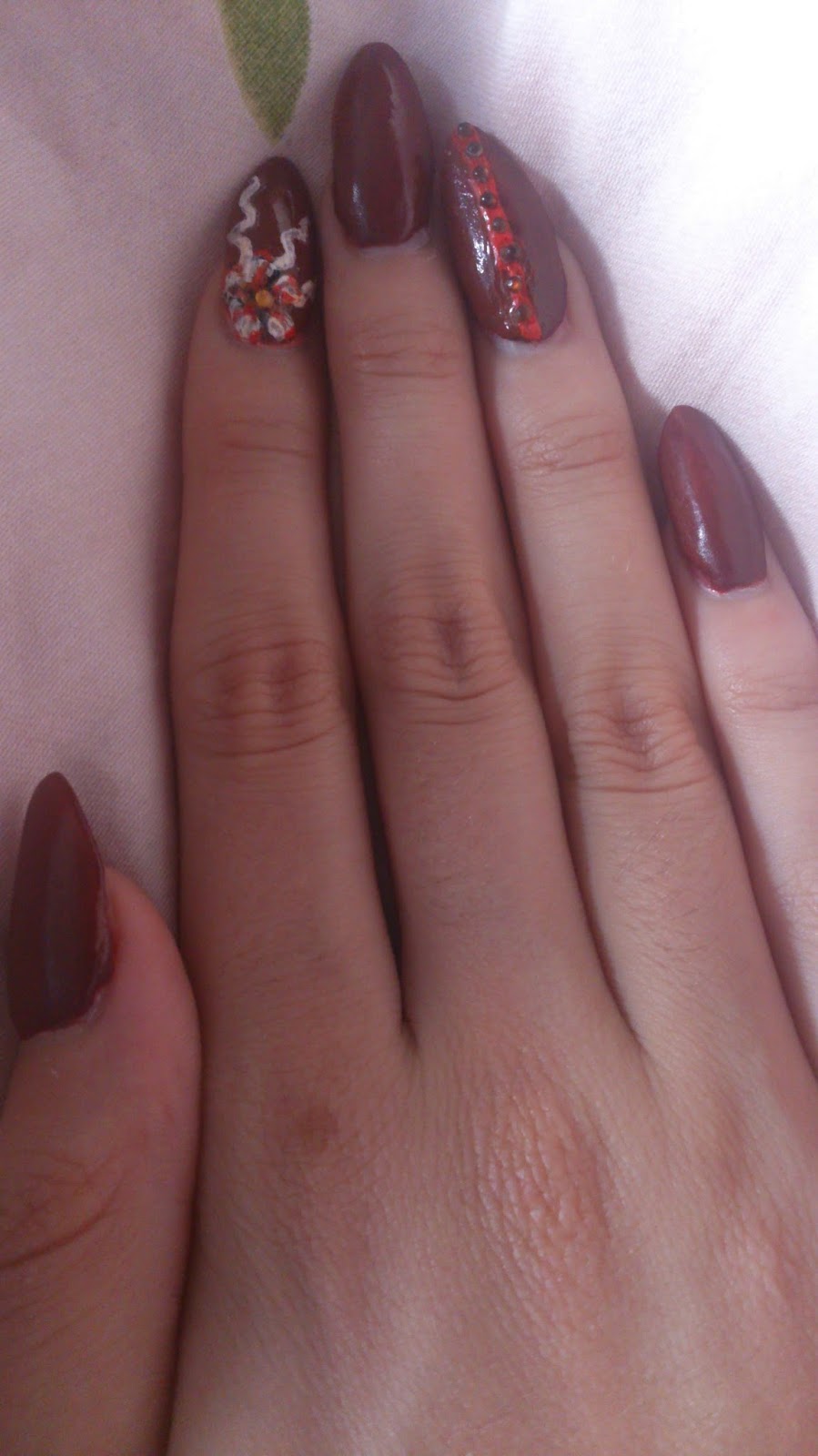 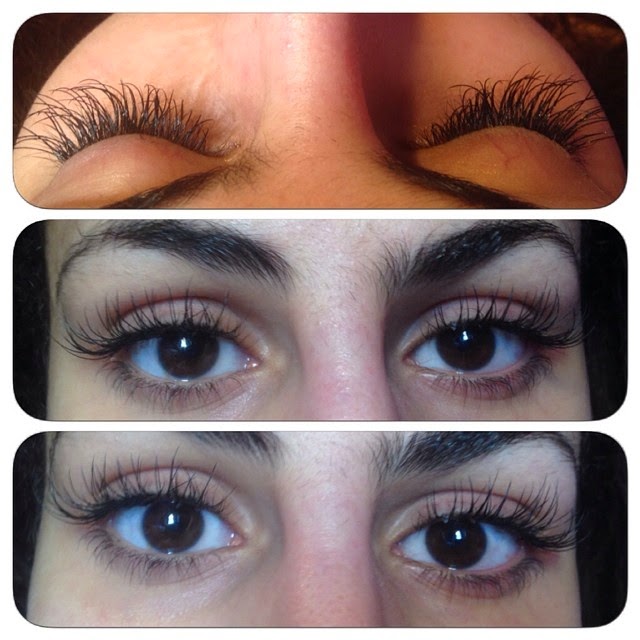 
Last but not least, the party pictures :D 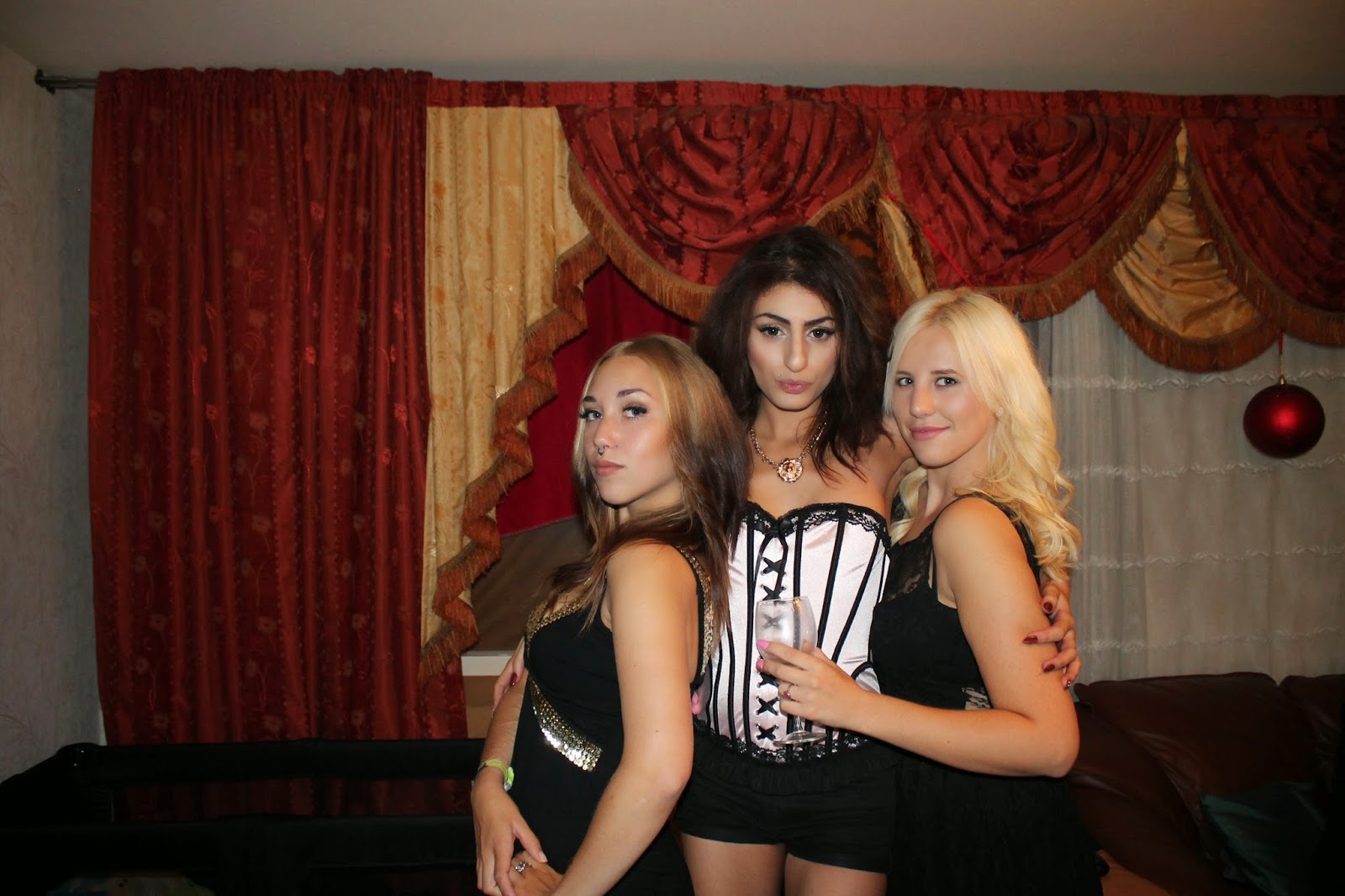 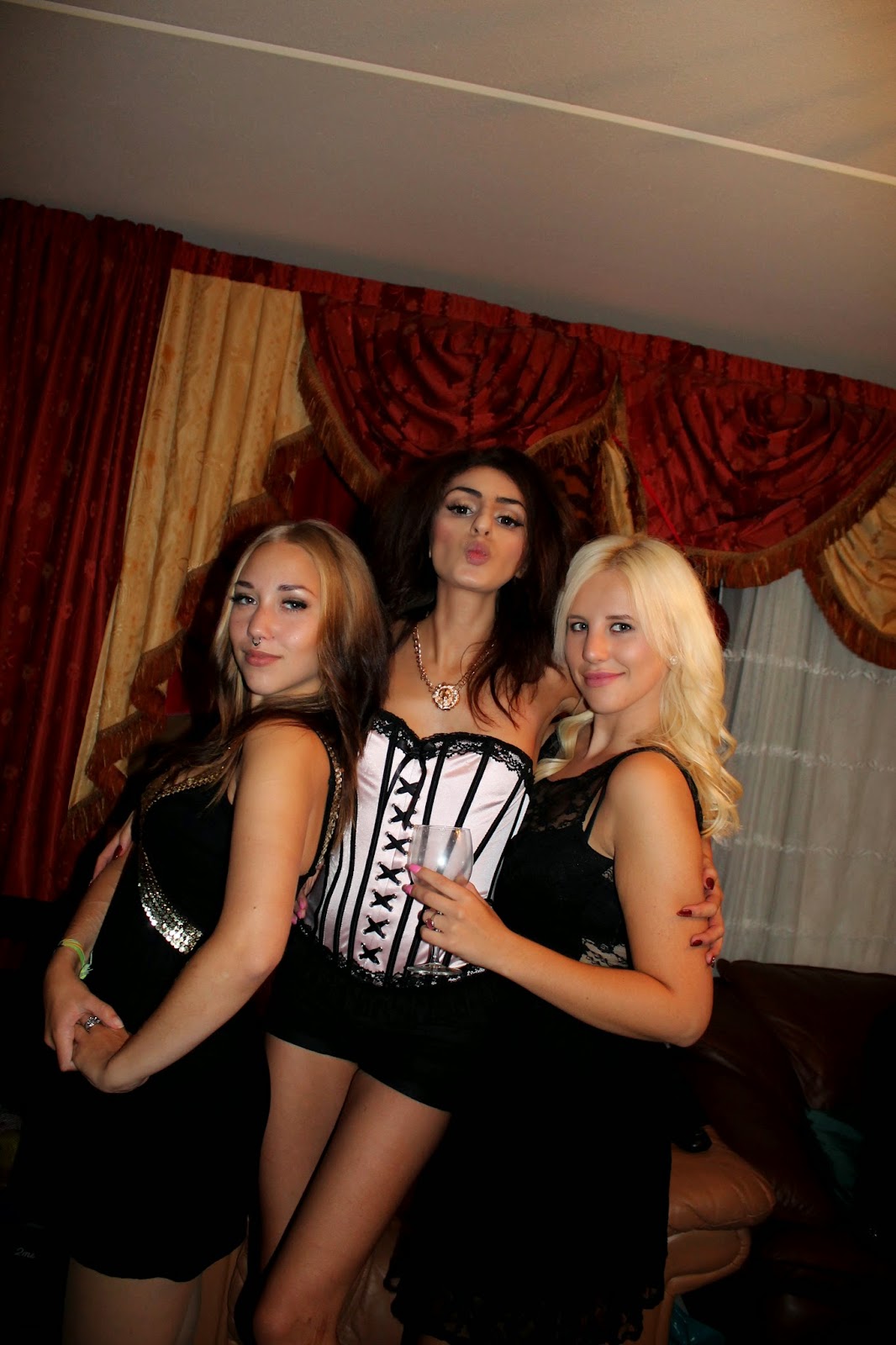 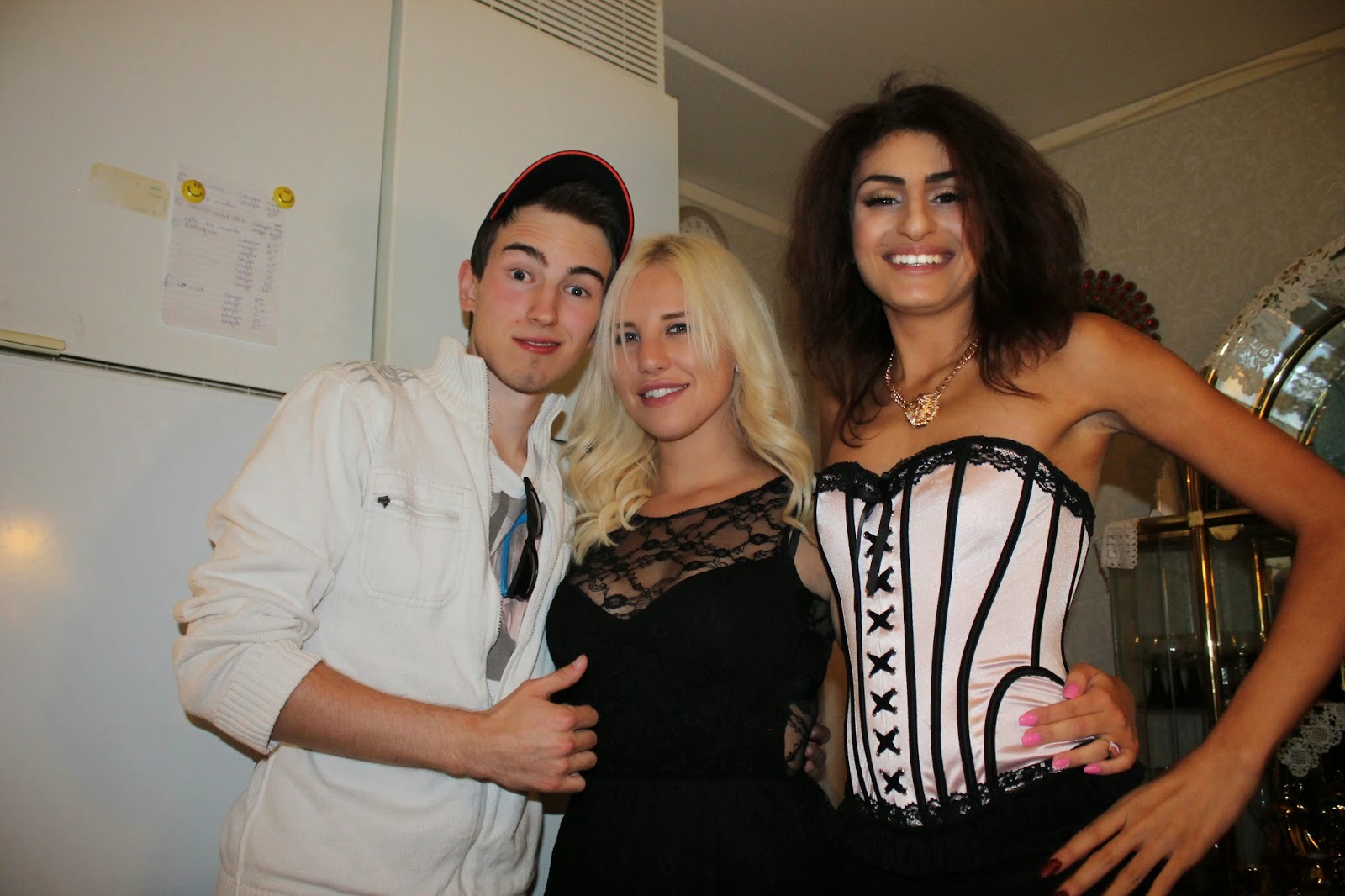 I had a blast at my party, there were a lot more people than it was on the pictures, I just took pictures the begging of the evening and joen took some before we all went to bed (for sleeping ofc, don't get it twisted you little pervert ;) ). There was a lot more people that came to the party than what I expected, people had a great time but for me PERSONALLY it was OK. I couldn't really relax the same way others did since the party was at my place, things didn't went the way I wanted them to and I got pissed at a certain amount of people at the party and no, I am not going to mention who that was but I felt like it was my birthday party and it should have been all about me (more or less) but that certain person stole all the attention, like went waaay over the line and played victim all night and I had to babysit that person more or less and it pissed me off a lot. Didn't expect it from that certain person to be so selfish but oh well, nothing more I can do about it now but try to forget it. I get annoyed when I think about it, how manipulative that person was and got things so twisted in my head and made it look like it was about a completely different person but in the case it was about that one person all along  put the blame on someone else so I didn't get angry att him/her. I realized it the day after when I was sober, I wasn't that drunk either because I could never really relax so it was hard for me to get drunk while everyone else was doing it. So yeah, sorry about my rant mode but I really wanted to get this out of my chest.

OTHERWISE, the party was great and everyone had a really good time at that is what matters that most, atleast to me. I got also presents which I am so thankful for and I am happy that all that all the ones I love made it to my party and that warms my heart, so thank you all for coming out to my party. <3

I don't have much more to update on right now, I got everything out, but until next time, take care babes :*

How are you all doing? I am good, I have applied to different jobs this week, I celebrated my beautiful bestfriend since she was turning 20, I got shit done more or less, lol.  I have to say that the videos will take a little bit longer than expected to upload, I have them done and all I have to do is upload them but the reason why it is taking so long is because I have to take pictures of every product as well, it is not until THEN I can upload the videos. I will be trying to take the pictures as soon as possible, so please be patient. It will be guarented that it will be up by next week.

Anyways, I really need your help for this. The autumn is approaching here is Sweden, I can actually sense it in the air and it gets darker outside a lot quicker than usual, so I need to buy myself a new jacket/coat. I have been wearing the one that I have for 4 years in a row and I feel that I want something new and fresh, but I am thinking of ordering it online since the style that I am searching for in a jacket they don't sell it or it is tooo crazy expensive. I have the hardest time to decide which one I will go for, so I need your help for this.

Here is the pictures of the jackets that  I want  -

This is the first jacket, there are 3 colors but the ones that looked most appealing to me is the black and the white jacket. This have real fur or contain real fur. Are you interested in this jacket?? You can get it HERE.

The second jacket that I want is this  - 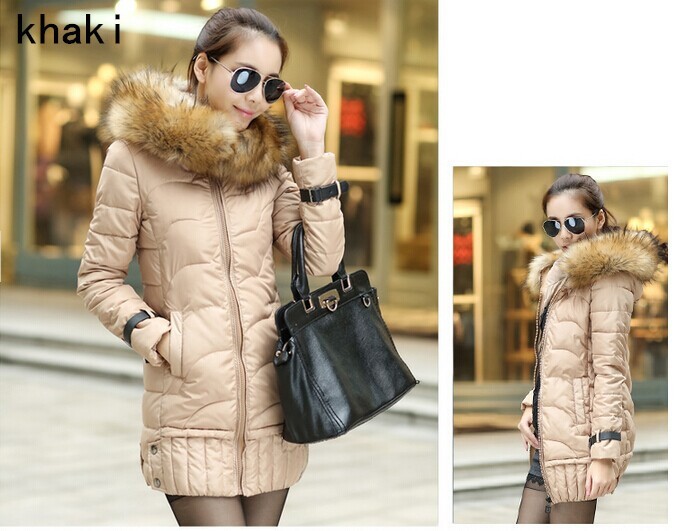 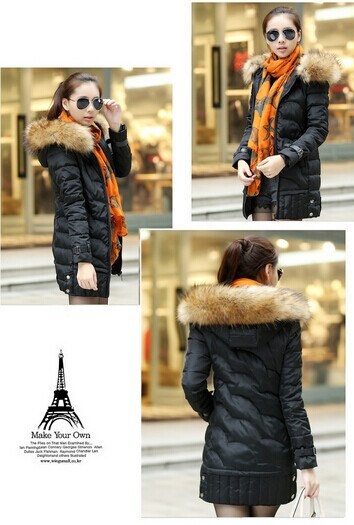 The colors that I want are in Khaki (which is an off-white colour) and black, there are 4 colors availible. This is fake fur, no real fur in this one. You can get this jacket HERE .

The third jacket and the last jacket 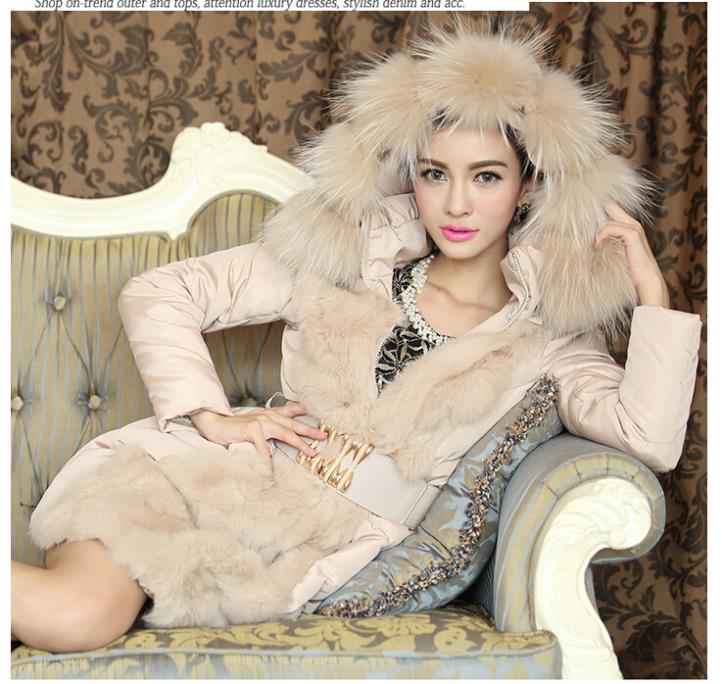 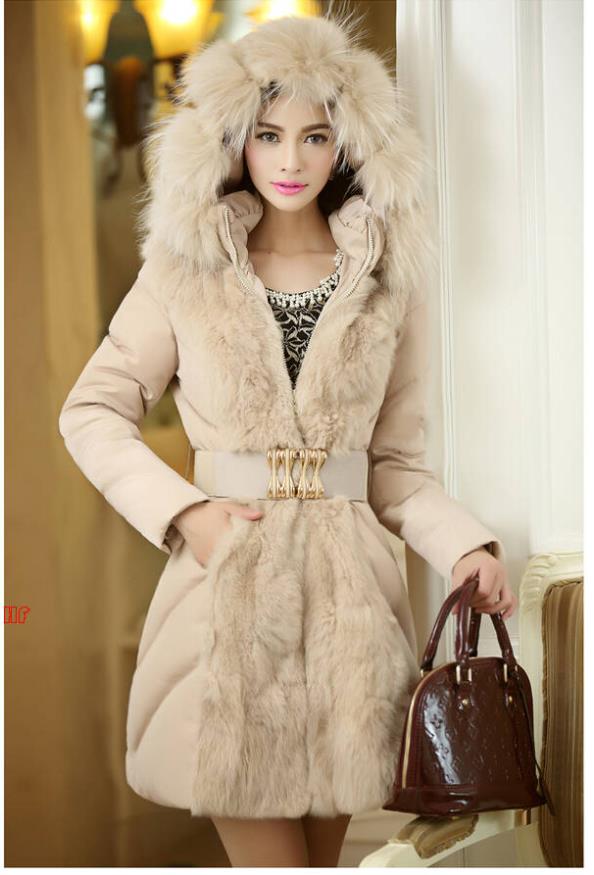 There is 2 colours availible, black and white. This is also real fur. Still cannot decide which one I want, you can get this HERE .

I think that all of them have free shipping and they do ship wordwide. :D

EDIT : I DO NOT OWN THE COPYRIGHTS OF THESE IMAGES. THE SOURCE TO EACH ONE ARE LINKED BELOW EACH PHOTO. I AM JUST BORROWING THIS IN PURPOSE OF SHOWING THE PRODUCT FOR MY VIEWERS. IF YOU WANT ME TO TAKE THEM DOWN, PLEASE LET ME KNOW IN THE COMMENTS AND I DO THAT IMMEDIATELY.

For me personally, I am mostly in for the last one, but can't decide which colour, the white looks amazing but the black feels more convenient since if it gets any dirt on it doesn't show just as much as the white does, but the white looks kind of better... Ohhh, I don't know man, please help?? <3
Upplagd av Jawa kl. 9:46 PM 1 comment: