My Superheros Are Perfect.


Seriously, love these photos, makes me so happy, their "imperfections" is what makes them perfect, lol. <3

Yeah, I am a huge geek and I love everything with superheroes / comic books / movies, especially the DC comics but lately marvel universe has been growing on me because of my passion for the comics. Here are some really cool pictures, some of them are actually official pictures that made the comic book covers and facebook pages also some are just illustrations by fans. Enjoy. :) All of these above are illustrations, source HERE


This is Shazam below

And last but not least these above are mixed, both illustrations and official photos. Unfortunetely I did not get the name / source of the illustrators of some but that is what it is when you find pictures on Tumblr, people remove the original sources which honestly sucks. Anyways, I was fangirling like crazy when I saw the latest justice legue movie, the one with aquaman? I literally died when I saw the kissing scene with Superman and Wonderwomen, MY OTP IS FINALLY OFFICIALLY A THING, woop ! I have always thought that they would great together, even as a kid, surprised to see it take so long to become canon... I know they have been fooling around in the comic books but nothing for real, until now, hihihihihi. *shy face*  <3

Email ThisBlogThis!Share to TwitterShare to FacebookShare to Pinterest
Etiketter: inspiration

It Is All Good

How are you all doing?? Well if you ask me, I am doing great ! I am seriously on such a good mood, the best I have been in the longest time like ever. Can't really remember when I was happy since a lot of things have been going on in my personal life that I don't wan't to write out here on the blog. I feel that I am pretty open about things that is going on in my life here on my blog but some things I just really can't put up here and I hope you all do understand that certain things doesn't need to be known to the entire world, lol. I can only say that a certain close person to me ended up in the hospital and has been there for over a week and done tons of surgeries but is now doing better which I am grateful for, but with that being said it has been a stressful week and I haven't been really on the mood to to anything, until yesterday actually.

A friend of mine was hosting a party at his place but at first I wasn't to keen on going but he kept asking and I was like "Fine, better than sitting home and doing nothing, besides I need to see some people anyways or else I will go insane". So I went over there, at first I was super stressed out because the bus doesn't go as often during weekends as it would usually do on the regular days, but I got there and got more relaxed once I was on the bus. It was a relaxed evening, nothing to crazy which I really liked because I didn't feel like going crazy either, so it was all good. Met some new lovely people and the guy that was hosting the party I have met only twice (and the other 2) but they are truly nice people and I can't remember when it was the last time I laughed so hard , it was such a blast, just thinking about it makes me smile. :)

I also saw my old bestfriend, Stenis,  I was so thrilled to see him because I haven't seen him in AGES so we had a lot to catch up on and it was an overall wonderful night. I actually got some pictures, not many but atleast some.  The guys that I am talking about is on the pictures below.

I won't be mentioning the other guys names because of obvious reasons, they probably wouldn't like it and since I am not that close of a friend of theirs they could be upset, so I do not wan't to risk it. Better be safe than sorry. ;)


'BTW, GREAT NEWS FOR YOU MY FOLLOWERS - I have decided that I am not going to get my camera fixed, the only reason why it doesn't work it is because the lens is broken, not the camera itself. I have been thinking about turning it in for reparation but that will cost a lot of money as well as for camera lenses. BUT I have found a really good affordable one that I will buy sometime during the upcoming week, I seriously can't wait. I have missed my camera so much and having really nice photos. Also, if you remember my latest blogpost I wrote about blogger wanted to make a new law that doesn't allow any form of explict material on blogs anymore, THAT WON'T HAPPEN. They have taking the words of us bloggers seriously and they know that it would take away freedom of speech when it comes to blogs so they decided not to go through with it which ALSO means that I do not have to change my blogportal, I am seriously so thrilled. They will however put a warning before entering a blog that may contain any form of adult material just because they have to do it for some various reasons, so if you see any of it DO NOT BE ALARMED, my blog is still running, everything is the same and when you click on move on you will get in to my blog directly, just an FYI IF it happens and that will probably be in the middle of mars this year.

How are you all doing? For me, I am good, life goes on as usual. I saw something the other day when I went in to my blogger account (which is owned by Google and is blogpost.com for those who are confused) and you might now that I have my blog on this platform. I saw a text with information that said from 23 / 3 / 15 they will make a new law and make all pornographic / nude / explict material banned and if blogs that have any sort of this content they will turn the blog private. I seriously don't understand why. I know that you can have a setting that puts a warning text before you entering the blog and it will warn for the blog might have explict content and that you have to be over 18 but now that doesn't even seem to matter anymore and they are making ALL the blogs on the blogger platform that contains any adult material, even the slightest, forbidden. This seriously pisses me off so fucking much. Blogger has always been the one and only platform where bloggers can feel free to express themselves and be who they are without being to worried about all this commotion that has been going on but now it seems to me that blogger is going down that road as well. I hope that they don't go through with this, seriously, what a bummer and also they are taking away our right to express ourselves freely. I also understand why they do what they are doing but it is not a solution to the problem that is going on and why can't we just have a warning text when someone tries to enter the blog instead of banning / making blogs private ??

Ugh, I have lost so much respect for Blogger. I have had my blog here for over 5 years and I don't feel comfortable to change my blogportal but what the hell am I suppose to do?? I don't want to limit myself and I know there are still a lot of you visiting my blog and it upsets me because I have worked my ass off to get all my readers / views during these past years and now I have to start over from the scratch?? IT IS NOT FAIR !

God, I am seriously so pissed off right now because if this is truly the case, I don't know what to do with this blog anymore..

Anyway, here are some recent pictures of me, still haven't got my camera fixed so the cellphone selfies will do :) 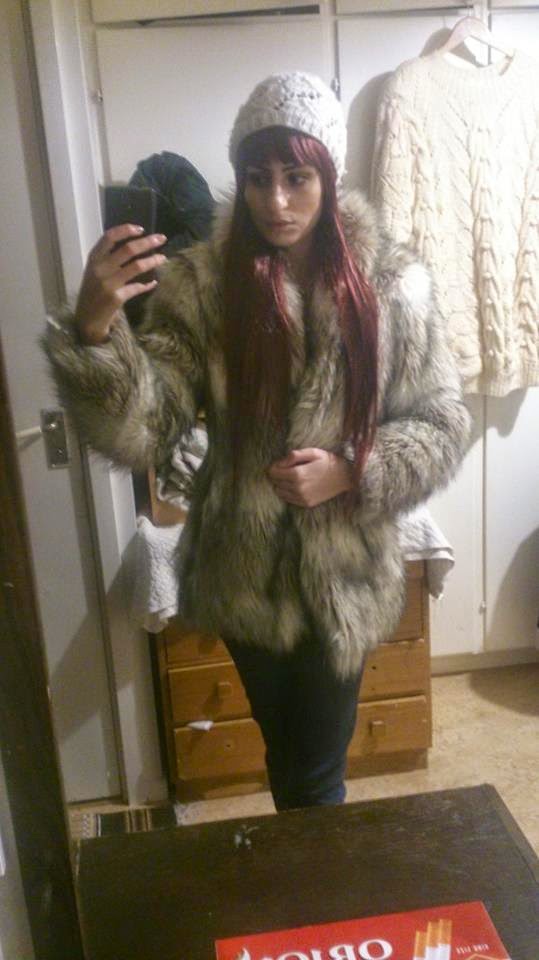 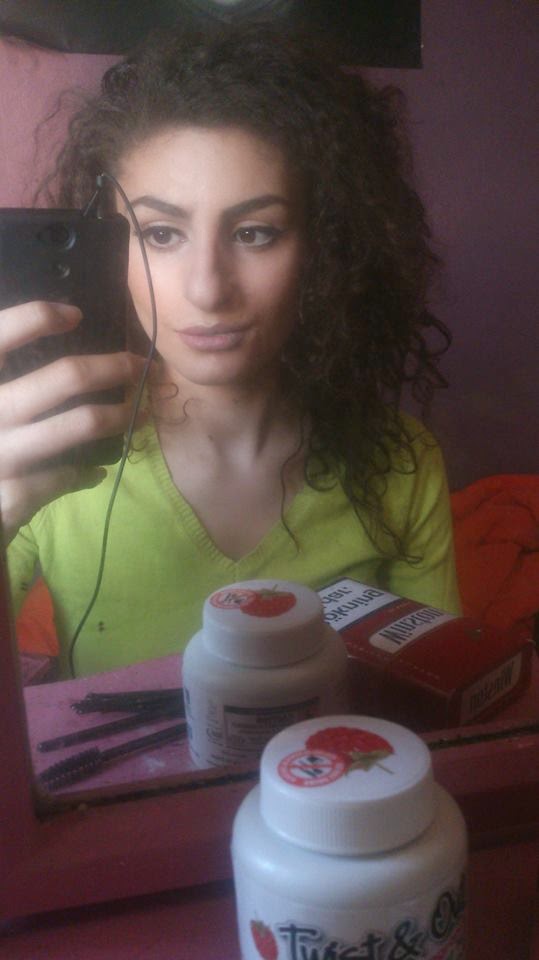 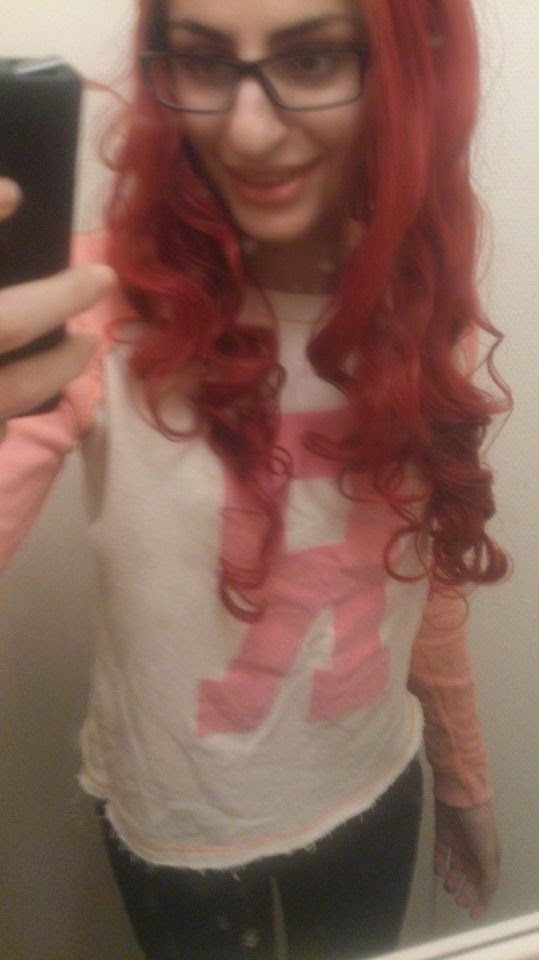 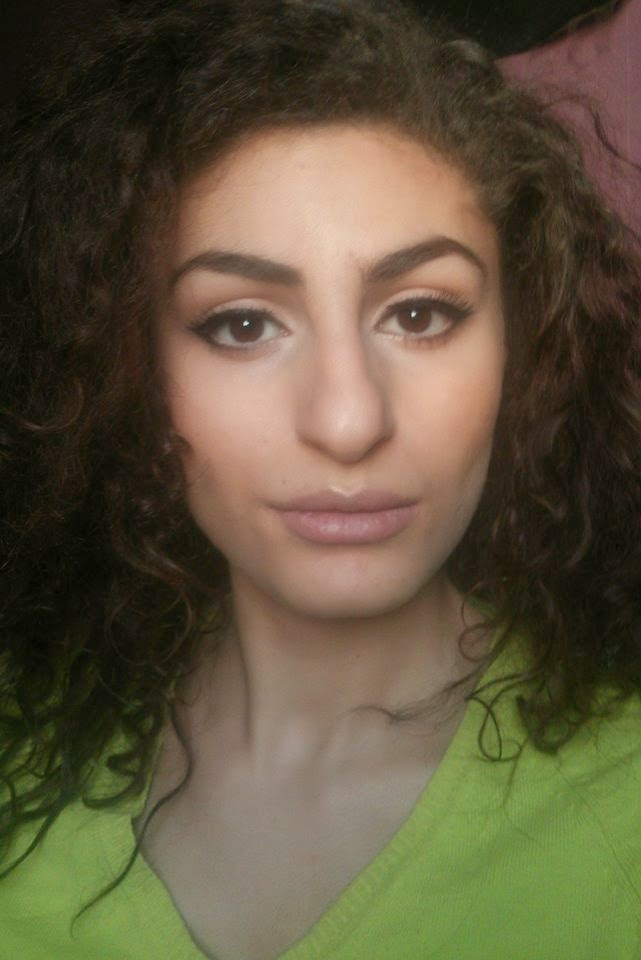