Oh my god how I have missed you!! How are you all? No, seriously I wanna know, drop a comment and tell me lol. I am soo sorry for being so off here. It is so much that has been happening lately in my life or these past 2-3 months , it has been a hell of a ride so to speak. Also, I have noticed that my blog has reached over 100 000 viewers, that means over 100 000 actual people have been on my blog, that is seriously soo insane I can't even believe it myself. I remember I started to blog at the beginning of 2010 and now it is 2016, six years later,  and still my blog keeps on running and a lot of you out there are STILL with me even today, despite me not being as active as I've been before back in the days but still you keep on checking in on me / my life and I cannot tell you how special that makes me feel. You are all very special to me, yes, you there, my beautiful reader on the other side of the screen that is reading this, whoever you are. Thank you, for your support and belief in me , it does not go unnoticed, I promise. <3

Well since I have a shitloads of stuff to tell you all babes whats up lets just get started :

Ok, remember when I said that I wasn't planning to do something during Christmas? Well, that was true but I've had a very pleasant surprise. I got woken up by my bestie Sandra, she was like Santa Claus, came in to my room while I was sleeping and brought me gifts and then we went and had food (her treat lol). I was so moved by it, seriously did not expect that at all and she just showered me with gifts. So my Christmas was great tbh. The day after she and Niklas came by around the evening and that was another pleasant surprise, they just dropped by and said hello and we hanged out over at my place for a bit, we just talked and catched up on things here in life so it was nice. A week after that I went to Simon and celebrated New Years there and it was honestly so chill. It was a calm evening, we had a lot of fun and I was with some amazing people, things couldn't be better. So December was a good month for me. :)

At the beginning of January I had my BFF Natta over for an entire week. We had so much fun together and it was so nice since I hadn't seen her for ages and I felt it was very much needed week for the both of us. It consisted lots of junk food and watching movies. We watched through all of the star wars movies, tbh with you guys, I am a huge nerd (which you should know by now) but I was never a fan of Star Wars for some reason. Every time I tried to watch the movies I got so bored and turned them off and I honestly couldn't understand the hype around them. That being said, it changed, like instantly. Both me and her haven't seen the movies, not thoroughly at least before but now, we were determined to watch all of them ones and for all. Took a couple of days but we managed. The biggest reason to why we decided to watch them was because of the new Star Wars movie and we felt like this is honestly a huge deal for our generation when it comes to movies and it is something you should see in the movie theater so that is why we decided to watch them all. I can officially say that I am a huge Star Wars fan now, the movies are truly amazing and I am so happy to finally be a part of that fandom. They are brilliant and I am redeemed lol. Also during January I met Kimberly and I finally got my hair fixed, I canceled out all the yellow tones, tried Olaplex as well and got myself a hair cut, so my hair feels awesome again. Afterwards me and Kimberly went to dinner and then grabbed a coffee and just catch up on all of the things that has been going on in our lives and it was lovely to finally sit down and talk to her because guuurl I have truly missed her. We don't see each other so often but when we do it is like nothing has changed and it is always exciting AF when I see her. <3 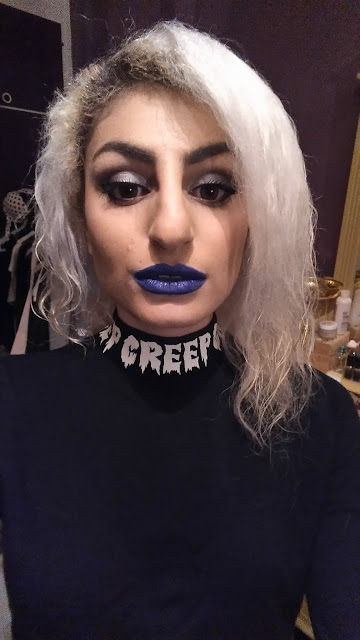 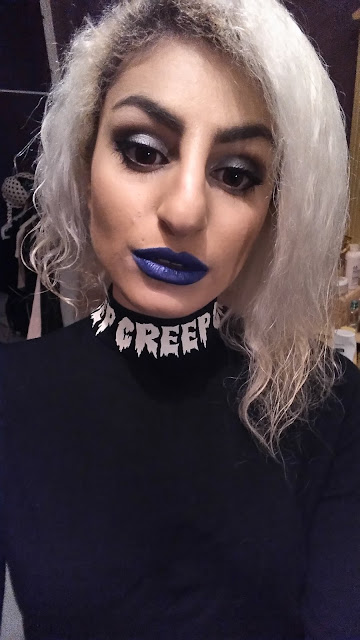 OK you guys, this month has not been good on me, at all. It started subtly to build up during the 2 months before and this month it all went to shit basically. A certain someone drowned me and mom in it's debts and that person took our money so we couldn't pay the rent, it was a pure shitloads of crap at the beginning of the month there to get in the payment. It was so bad that I had to call my uncle and ask him if we could borrow money for the rent since I didn't have any because of a certain someone had stolen money from me and my mum and therefore we couldn't get in the payment. That did get solved though and it wasn't a problem but still though, THAT STRESS , it was terrible and just awful. I was moody and pissed all the time. I also had to put out an ad around the 20 th February because our roommate that we've had was moving at the end of  the month and we needed a new one ASAP since we had a guy that wanted to move in but decided to back off the last second so yeah... That was fun (if you can call hell being a fun place). 4 days later we got a new roommate, she seems very nice and I like her, also she isn't exactly a stranger since her daughter knows my big sister and they basically brought up together so that was cool. The 2 awesome thing from February though was that I met an old friend of mine, we went to high school together and I haven't seen her since graduation. The Kat Von D's collection launched here in Sweden around 18th and we wanted stuff from her collection so we went together and had a awesome shopping trip. It was seriously the most awesome thing during this month among the madness, I've got to press the pause button for a while and it was nice. During February a friend of mine was having a birthday party so I went there and said hello. I was staying at Simon's place for that weekend and they live nearby so I thought why not? Besides meeting some new faces would just do good for me and Sandra was there as well so it was all good. Oh also my brother moved out recently, like by the end of this month so he doesn't live here anymore and now I have my own room back, yay! (Let's see how long that will last though)

Still in aftershock from all the madness that has been going on from the past month but I managed. I can finally focus on myself and my own shit now instead of cleaning up others mess all the time. I don't take shit anymore from anyone, enough of that. I had my fair share of that and it sure did leave a bad taste in my mouth, a taste that I cannot forget for a while at least. Just as a reminder I guess. I have some plans and now I can finally set them in action. Overall I feel OK, it would be a lie if I said I was completely fine but it wouldn't quite be the truth if I said everything is bad. It WAS bad for a while there and I saw no light but now I am starting to see it. Hopefully something good will come along the way soon.


WOW, that must be the biggest update I have ever done here on my blog, if you are still reading this imagine me giving you a blanket and cookies lmao. I love you all and again, thank you so much for all of your support and until next time, take care my lovely ones. <3
Upplagd av Jawa kl. 10:12 PM No comments: