I've wrote a status on my facebook like a few days after I saw the movie at IMAX in 3D if you wanted to get a review of the movie since it got sooo many different reviews and critic so I thought I would like to share mine here on my blog and some of you were interested in seeing my review of the movie so here it is. First and foremost, I loved it, seriously, it was fucking brilliant. I have been waiting 3 years, YES, 3 BLOODY LONG YEARS OF MY LIFE for this movie since they've always kept postponing it. ugh. I was not disappointed, I thought I was going to be because of all the crappy reviews but as I mentioned, I have waited long enough so I am going to see it and judge for myself and it was beyond my expectations. The thing is with these kind of movies that are this huge you have to go in with a chill mindset, with BVS I suggest you to take it a little bit for what it is, just go with it, don't compare it with anything else, don't have any expectations and just don't anything , just go to your closest IMAX , watch it in 3D (seriously you guys and gurls, dooo it!) and you will have an overall amazing movie experience. I saw the movie 26th of mars, which was 3 days after the premiere I think, can't recall so as you've noticed by now it has passed 3 weeks since I said I was going to make this so sorry for the late review, but better late than never, right?? <3 (heheh... oops)


Ok, lets break this in pieces, lets start of with the characters I guess.. 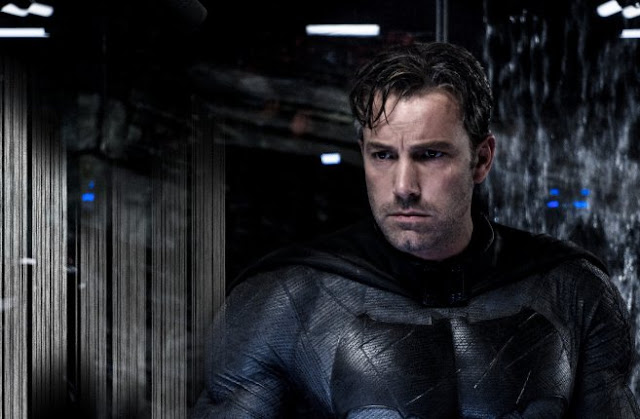 Batman / Ben Affleck - OMG I was so impressed by his performance, I thought he did a great take on playing Batman. I am not gonna lie, at first when I heard that he was going to play Batman I had a hard time accepting it but with time I warmed up to the idea and then I was like ok lets see what he can do, do not judge until you see the movie and when I did I was very happy and pleased to say at least. I loved Ben's take on Batman, it is dark, a bit twisted and righteous, especially playing an older version of Batman that is all to be expected since being many many years as Batman, you would expect him to be a lot rougher around the edges than what we are usually used to seeing in Batman. I loved his work and I cannot wait to see more, especially now that Ben Affleck is going to direct, write and make the new Batman movies and even star in it as the bat, I seriously cannot wait to see that. 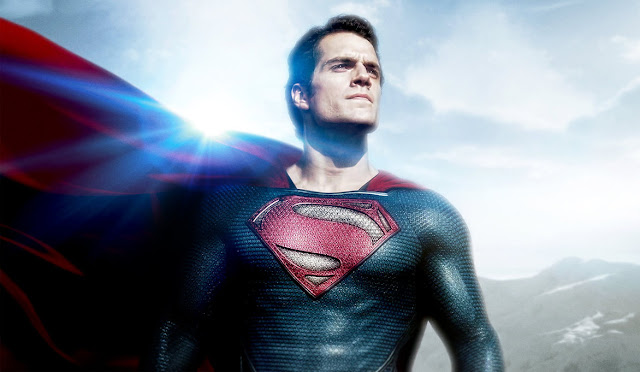 Superman / Henry Cavill - I don't understand the hate Superman gets... I mean he is just like in Man Of Steel but a bit more pissed lol. Honestly, could you blame him for being it??! I would be a bit pissed too if everything good I tried to do , especially for the sake of others and me being as selfless as possible when I do not actually owe the world a damn thing but still to it for the good of my heart and it being pissed on and ruined all the time by someone else, wouldn't you be a liiiittle bit moody? Everyone is either using him or hating him and to see Superman with all these emotions is something not new, just read a comic book and you will understand. He isn't suppose to be perfect, he is trying to please everyone though that is one thing for sure and you can clearly see that in the movie but then you see his inner conflicts and emotions come to life which makes the character even more real. I think Henry did an outstanding job at proving that but many people do not see it. They have a very clear picture of Superman being always happy and cheerio which sure, he is most of the time, but still , he has emotions and thoughts as well and I love how they displayed that and that just made Superman even more believable in my eyes. If he existed I can totally see him like this. Also, despite all of the negativity I love how selfless and yet hopeful he is towards mankind and trying to make everyone happy, he is just a cute cinnamon roll that needs to be put in a blanket and be protected from this cruel world, we don't deserve him >:'( (lol, getting a bit carried away, moving along..) 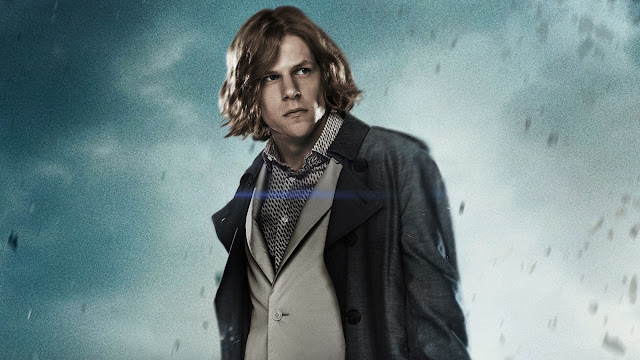 Lex Luthor / Jesse Eisenberg - Well... This was different. I like that though. Here I do understand why some fans would complain since Lex Luthor was not really what he usually is in comics, like at all , but I liked it. He was weird, psychotic, nervous wreck with a lot of power, oh oh, what could possibly go wrong? (hehehe..) I loved Jesse's take on Luthor, it was new and fresh and he was funny as hell but also very scary in many senses. His obsession with Superman however does come through on the screen and Lex has always been obsessed and even jealous on Superman and his power and all the attention he gets because of it etc. I think Jesse displayed that trait with the character Luthor perfectly. I loved his performance and I look forward to seeing more of it. 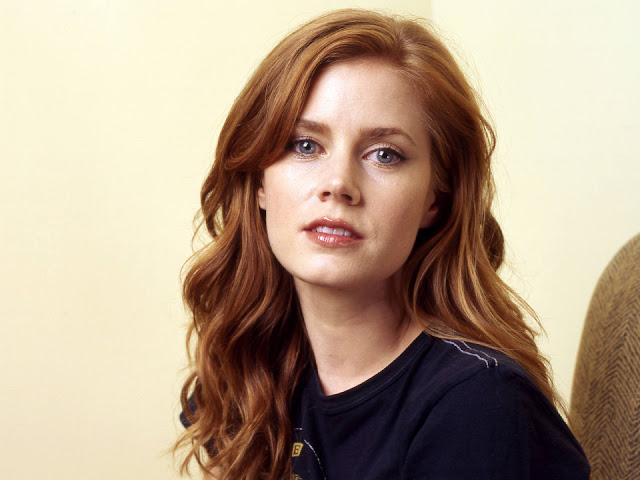 Lois Lane / Amy Adams - ..... Honestly what can I say? She bothers the crap out of me sometimes and how she always is there at the wrong time and place, it pisses me off to no end lol. For being such a smart woman as herself her curiosity is ignorant and annoying. Even though she knows there will be danger and she is a weakness of Superman she just marches right in there, so not only does Superman has to focus on slaying the enemy but now he has to worry for her safety as well... UGHHH, WHY U DO DIS LOIZZ?? WHY?  I am not hating on the actor at all, just sometimes on the character Lois, but she has more or less always been like that even in the comics and animated movies sooo... Idk what so say except for this. Kudos to Amy for keeping the character as real as possible though, just that proves what an amazing performance she makes and I am proud of her, she even crawled into my skin at times and just right there is good acting. 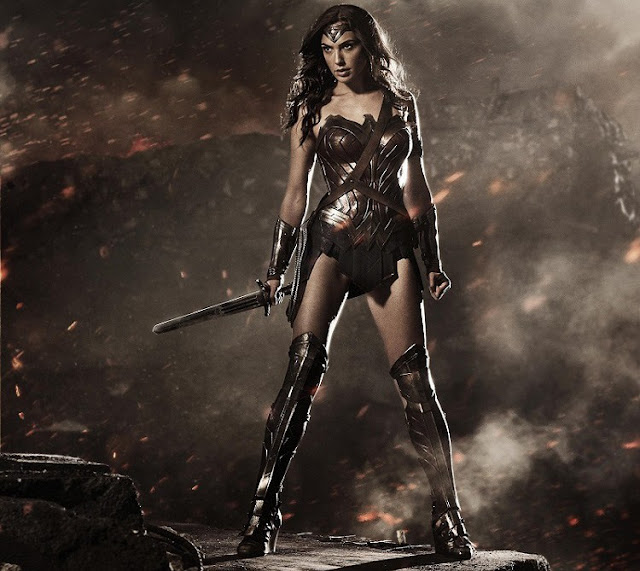 Wonder Woman / Gal Gadot - She is badass. Still not 100 % convinced since WW is someone I have high expectations for and even though she had 1 cool scene and the rest of the ones looking pretty ... hmm, not convinced, I am sorry but 1 cool fighting scene doesn't make the character super wow , lets get super real here. Also, I know a lot of the fandom likes her because she looks beautiful (no doubt, Gal really is) but just because someone is pretty and has 1 cool fighting scene you cannot really say a character is super cool and awesome because of that and praise it to the skies. I am on defense about Wonder Woman, was it even before the movie for a long time and even now afterwards. I am not hating on her but not loving her either, my thoughts on her are just "alright cool". I am looking forward though to seeing the solo movie of Wonder Woman and fingers crossed my views on her as a character gets kicked up and probably by then I can form a better view and opinion about her but until then it is alright.


I loved the intro, reminded me so much Watchmen, the entire look and editing of it but also it gave a certain mood to the movie, it was super cool. The graphics were nice and the sound / music was on point and really adding up to the feels when you watch the movie. The editing could have been done a bit better, I understand why many people complained of  it being choppy and all over the place because it jumps a little too fast from one scene to another and some scenes which is not really related to the actual movie itself makes it even more confusing for some. I understood it because we get to see glimpses of a parallel universe  and what might be happening in the future by batman's visions and also this movie shows a lot of sneak peaks for the upcoming movies like Justice League , Aqua Man, Wonder Woman and Flash soo... They crammed in all of this in one movie, I still think it was good if not even better because of it since I am SUCH a nerd sometimes lol but for someone who isn't exactly following the batman universe and comics etc it can be a bit difficult... One thing I don't get though is people who complain of no action in it?? what, are you blind ?? It is a TON of action like all the time. Also those who said "the movie is too dark" well no shit, they are not suppose to be happy and cheerio, this is fucking DC we talking about, that's what they've been all about all the time. The entire movie has a certain dark undertone but that is honestly to be expected. The movie represents itself realistically, if this was real life it would look like this. If you have seen Watchmen it has the same vibes, in real life superheros, if they existed they would have flaws but that just makes them even more believable and that makes me love the movie even more.
The movie isn't what we all expected, it is not much of fighting going on between Batman and Superman, how they get in to the conflict however that is interesting, basically they both did something not so great (aka fucked up) and they went after each other. The fighting between them do not really dominate the movie as we thought it would, hence the title but also the title says "dawn of justice" and I must say it is more of that than Batman vs Superman. So keep that in mind.

I think Zac Snyder did am amazing job with the movie and the actors as well, major kudos to them for giving me such an amazing movie experience. Seriously, to me, it was the best movie experience I had in my entire life, I never wanted it to end, what a crazy ride it was. Please stop hating on Zac Snyder, even seen a petition going on (like, seriously..??) for him getting the boot and I feel like you know fucking what, we do not deserve Zac Snyder then if y'all gonna be pissy, of all the flavors you choose to be salty, smh... It is one thing to not like the movie but trying to even get the director off the movie and getting him fired by starting a name collection?? Like how low can someone stoop? If you have signed it, may you burn in hell forever. I love Zac and I praise him and I seriously cannot wait to see more of his brilliant work. Probably the ones who hates it so much are people who have never read a comic book in their entire lifetime or even seen the animated movies (and are a major marvel fanboys probably) lol. 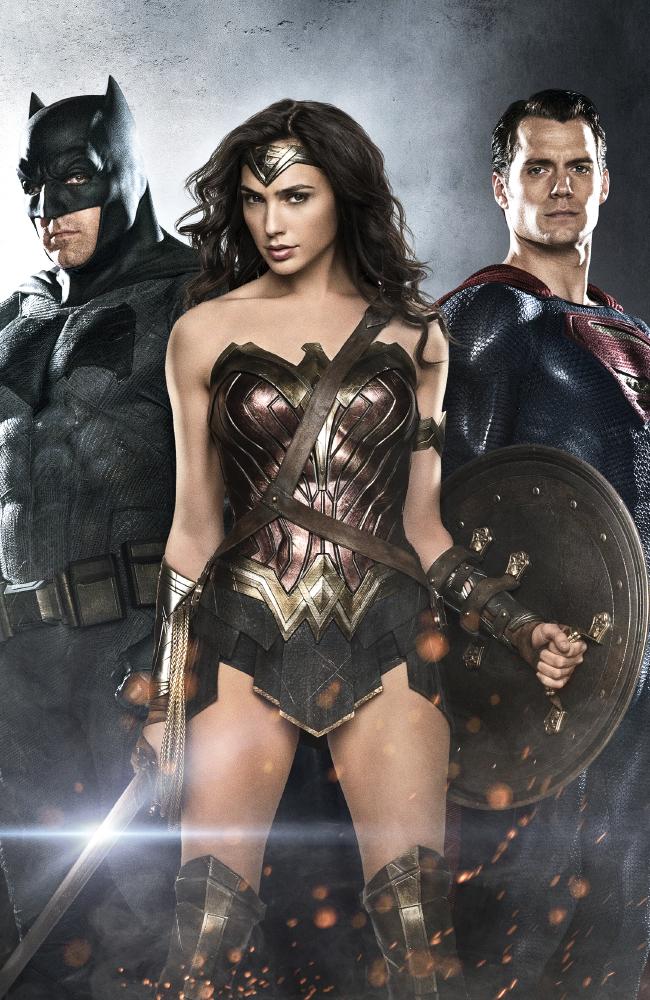 source for the pictures: Google image search and Tumblr.